In the last post we introduced the futurists and their practices, we identified the three key common practices that futurists follow:

That post primarily focused on trend prediction. Once the trends have been identified we need a way to combine them into multiple visions of the future, then to translate those into a scenario. That’s a lot of hard work. We need to find a set of shortcuts, some methods to make producing future trends, and writing scenarios an achievable goal. 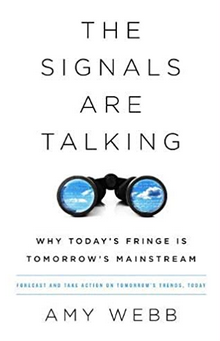 In 2016 Amy Web wrote “The Signals are Talking”, a book which aims to introduce the reader into how to think like a futurist. Since its publication Amy has gone on to found The Future Today Institute (FTI), an organisation which offers futurist services and consulting. Luckily the FTI documents the process it uses, which is also described in Amy’s book. The FTI website describes this as the FTI Funnel. The funnel offers some advances, even on Rohit’s Hay Stack Approach.

The book is a fascinating read. Each chapter contains sets of examples and you could almost pick it up and read it like a coffee table book. But this is also, in my opinion its down fall. By going into so much detail on some of the examples I found myself lost, and wondering what the context of the story was trying to provide; how could this relate to the process the book tries to explain? - The FTI Funnel’s summary on their website provides the basis of the process, while the book, once you filter out the stories, provides some additional context. Amy suggests that once you’ve got a vision of the future you should make sure that you get support for it inside your company, if you don’t, she suggests that you drop it. If you’ve got the book, or have read it, I am referring to the final step – the “FUTURE” step. I don’t agree, since there are a bucket load of examples where an organisation has been blinded by their own structures, preventing them from looking at alternative future outcomes. Do you remember Kodak and the Digital Camera? In fact, this is such a common and reoccurring issue that there is an entire area of research dedicated to it.

However, the book and the six FTI steps which it describes provides a lot of what we, as industrial researchers need. I am going to use these 6 basic steps as the basis of a process to create the multiple future definitions and their corresponding scenarios.

The FTI process not only seeks to identify trends, but to quantify them; how big are they, how fast are they spreading. This is important as it allows us to place a timeframe on the futures and their scenarios. Additionally, the extra information on timing, and likelihood allow FTI’s clients to determine how best to react to the scenarios the FTI produces.

We can improve upon the previous approaches to trend prediction by borrowing three steps from the FTI Funnel. 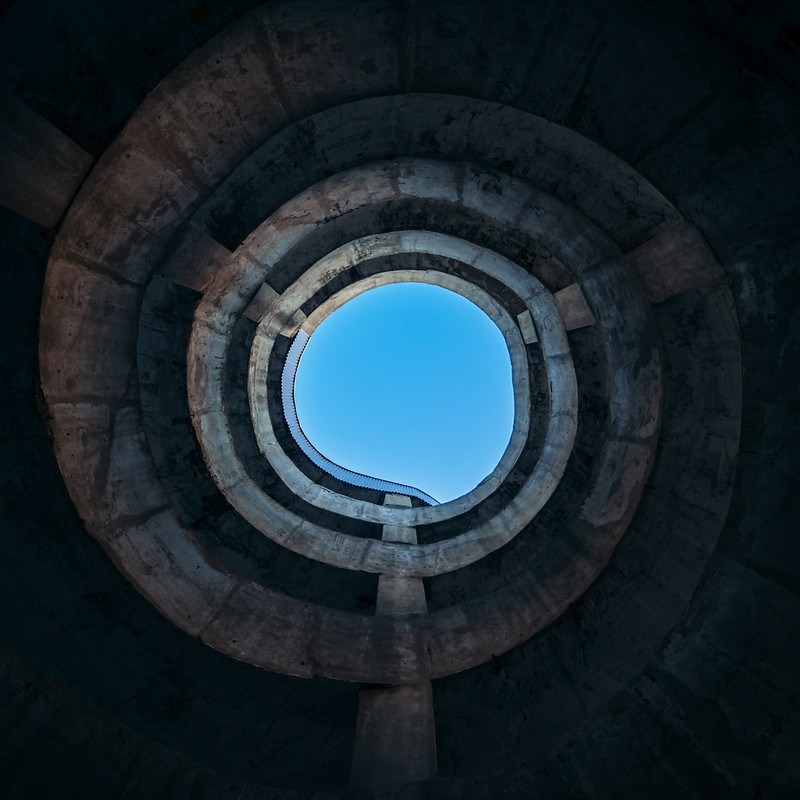 During the data gathering step of trend prediction the FTI funnel provides tips on where to look for signs of an emerging trend. Where Rohit suggests “wondering into the unfamiliar”, the FTI process provides concrete examples of where to look:

Once the data has been collected it needs to be analysed to discover trends. The FTI process uses a process called CIPHER:

The CIPHER process above is likely to result in a large set of identified trends. The chances are that not all of them are real. As humans we have a habit of seeing patterns when they don’t exist, false positives. To guard against this, we need to review and cull the list of identified changes. Consider each trend in turn and try to identify what is driving the trend, and then ask if the trend is likely to spread across multiple industries or technical fields. If the drive behind the trend is not easily identifiable or the trend is unlikely to spread across fields then shelve the trend, we would consider it again in the future, if more data points emerge.

Calculating the arrival date of a trend is really hard. The best approach is to sit down and think about what wide adoption of the trend would look like. Then work backwards, what is missing from the technology or trend that is preventing it from having the envisaged wide adoption? - Considering the roadblocks to adoption will lead to a prediction of the ETA. This is similar to thinking about the trend in terms of technology readiness level (TRL); a technology at TRL9 is a product in a store. Where would you place the trend or technology you are considering? – How far is it from a working product? What elements are missing? Creating lists of these missing elements and sketching out who might provide them helps to determine the ETA.

For an example, think about AI. I attended university, 20 years ago, I recall lectures in which AI was explained as an interesting concept, but unlikely to gain any traction because of the amount of compute power required. That road block was resolved with the introduction of cloud computing which made obtaining the compute power required affordable. Once the roadblock was removed the technology was adopted more widely. Identifying the steps necessary to progress to a product is the first step, the next is to determine where might that solution come from, and to keep an open mind on it. Who would have thought that an online retailer, Amazon, would have become one of the driving forces behind cloud computing?

Step 5: Write it down

With all the trends we’ve identified and studied so far, we will have a bunch of concepts and ideas on how they may all combine. It is now important to write these down. One way to do this is to write the scenarios like a story, detail all the events that need to occur before the envisioned future can become a reality. Just the act of writing down an envisioned future helps us to identify the more improbable ones.

If you are inside an organisation, think about how this future would impact them, and what they would have to do to take advantage of the future scenario or trends.

We need some method of critically thinking about the scenarios we’ve produced so far. This in essence is similar to “design thinking”. The aim of design thinking is to get designers and creative people to think about a range of different ways to address a problem. Probably the best way to think about this is to consider what my old art teacher used to ask me to do. She would set a problem, design a poster. Then ask us to come up with 6 ideas for the poster, select the best idea, and do six variations of that concept, and then repeat this process 6 times. Some of the new ideas we would produce, would be combinations of ideas, others would be new. Technically this is referred to as “divergent and convergent thinking”, we think about the ways trends could develop and combine (divergent), then select one to focus on (convergent). We need to do something similar with the scenarios we’ve produced so far. Here are some ways to analyse them:

Once we’ve got this far we will have a set of scenarios we can use. Now it is really important to work these into our roadmap process.

In the last two blog posts we’ve covered how it is possible to predict the future. In the next blog post we will return to the research roadmap process. You may already be able to see the similarities between the research roadmap process I introduced and the methods needed to create the vision of the future. If you spot any let me know, you can reach me on twitter as @mcwoods.