In the last post I covered how future prediction, is, to a degree, possible but I didn’t get the chance to explain how. There is, in fact, a whole industry dedicated to predicting the future. They call themselves “Futurists” or “Futurologists”.

The whole topic of futurism is massive and the stories of its origins are complex and fascinating. I could take you on a journey into the depths of this emerging profession and academic practice, but that would definitely be a different series of blog posts. In this post I want to give you a very quick overview of how futurology has got to its current state and then cover the practices, tips and techniques we can use. 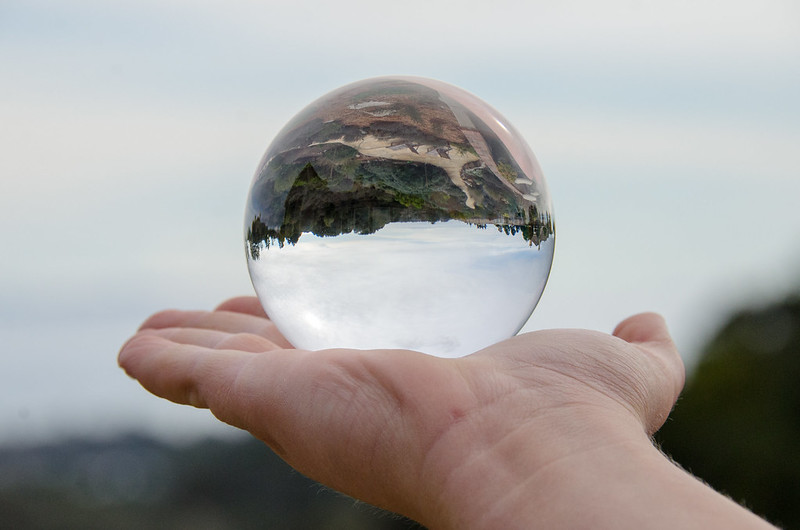 A Brief History of Foresight (Futurology)

In 1901 H.G Wells wrote “Anticipations of the Reaction of Mechanical and Scientific Progress Upon Human Life and Thought: An Experiment in Prophecy” – it was his attempt to predict what life would be like in the year 2000. He predicted that there would be equality between men and women, that road networks and rail links would lead to satellite towns with people commuting distances for work. He even predicted the creation of the European Union. While Wells is often referred to as the father of science fiction, during his lifetime he was also commended on his foresight into future developments. Indeed, in 1935 he proposed the study of foresight as a method of determining future events. Today we use the term “futurology” to mean the same thing and the term itself was introduced in 1945 by a German academic, Ossip K Fechtheim when he too proposed the study of the future.

Back in the late 40’s / early 50s the practice took two different and distinct paths one in the USA and a second in Europe. The research in the USA was led primarily from a technology point of view and was also used to conduct studies on future outlines of technology development and defence systems. I can imagine this as a reaction to the cold war as it emerged. In contrast, Europe was, at roughly the same time, recovering from the end of the second world war with societies and their former structures destroyed. In this environment futurology was used as the start of a process to imagine the type of society that the recovering states wanted to produce. Futurology helped produce long range planning for countries and laid the foundations for social policy and consequent legislation.

Today futurology is used by think tanks, corporations, nations and governments as part of strategic planning, of imagining future industry disruption and trying to anticipate change. There is even a professional body, The Association of Professional Futurists. However, the profession’s practices are still evolving. As I mentioned in the last post there are enough data points to show that future predictions are possible and can be surprisingly accurate, unfortunately there is no concrete repeatable method of working through source data to determine a future prediction. Most of the predictions appear to be down to the skill, intuition, or imagination of the individual who is conducting the research. The result is a set of competing methods with various champions. In the midst of all this noise it is possible to determine a set of common practices.

There are a number of concepts and practices which appear to be canon across the profession and these, for us as researchers, are the little nuggets of awesomeness we need to embrace.

As I mentioned previously, there are two approaches to predicting the future - one that looks at large scale trends, the wide-ranging view; and another that considers the impact on changes based on a specific core end user need. In this post I’m going to introduce the wide-ranging view, spotting the trends as they emerge.

There are a number of trends that we take for granted. For instance, today it’s a widely held belief that genetically modified food may not be good for us, but a decade ago that was a fringe belief.

An example of an emerging trend today could be the push for privacy online. There is an emergence of VPN providers seeking to secure your internet connection, providing an encrypted link and ensuring that your internet service provider, or government is unable to observe the websites you visit. This uptick in VPN business hints at the concern many people have today. The constant trickle of news stories about data breaches is pushing people to be more cautious with their data. Just this week Marriott again announced its second large scale data breach that affects 5.2 million people. The events around how Cambridge Anayltica used social media data to try to swing elections have led to folks being concerned about how their data is being used. This has led some to move away from Facebook, Google and other online providers. Let’s not forget the leaks from Snowden about how GCHQ and the NSA can watch what you do on line. But will this trend continue or has it already reached a peak? – Is Google just too useful to live without? Well, the sphere of trend prediction tries to answer that, and one New York Times bestselling author has a methodology he has published all about trend prediction.

Rohit Bhargava is a New York Times bestselling author who annually publishes “Non-Obvious Mega Trends”. This book details the trends that Rohit has observed over the last 12 months and it includes a description of his process of spotting these trends. Rohit describes this process as the “Hay Stack” approach. Essentially Rohit tries to collect news articles and stories, press clippings, blog posts and other data sources over a defined period of time. Rohit tries to make sure the input for this collection process is as devoid of bias as possible and describes this data collection phase as “Wander[ing] into the unfamiliar”. Once he has collected all of his data points Rohit analyses them in an effort to identify emerging patterns. There are a number of techniques that he uses in his analysis. Briefly these are as follows:

Rohit’s approach is great and he has produced a whole collection of fantastic and quite insightful trends. However, it is also fair to say that the process is by definition subjective and perhaps owes as much to serendipity rather than a rigorous detailed, repeatable process.

When you review Rohit’s approach it appears remarkable similar to one used by Will Gibson. In an interview in The New Yorker Gibson outlines some of the events which influenced his book Neuromancer. The article is long, probably a 30-40 minute read but if you’ve the time you’ll discover that Gibson does what Rohit is suggesting - Wandering into the unfamiliar.

As a researcher we are often also hired because of our technical background and expertise We can be asked to predict what will happen in our domain of expertise; so perhaps having a bias or preference for data within a given domain isn’t a bad thing.

Now we’ve a method of spotting trends, the next task is trying to combine them into a set of future scenarios but that will have to wait for the next post. In the meantime, I’ve a task for you.

I’ve been using the Haystack Approach. I collect interesting articles on the way and store them; then after a few months I’ll go back and look at them. I use “Pocket” the app / browser extension by Mozilla. It will store web pages and allow you to tag them in the tool with specific headings. Look around the media you consume, the headlines you read, the comments on social media. Are there emerging trends you can see? If you spot one, share it. I’d love to hear about it. You can find me on Twitter as @mcwoods.